welsh guitarist toby hay's new EP 'guitar II (the st. harmon sessions)' is like wandering and dozing in forests and meadows on a pretty day, where ever those forests and meadows might happen to be. classically influenced instrumental folk fingerpicking, performed with grace. 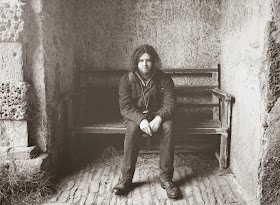 this meditative EP was recorded in a barn and these surroundings seem to have worked their pastoral energy into hay's playing. 2013 has seen a boom in music along the 'american primitve' spectrum, or at least of unaccompanied guitar music that blends folk and classical styles. 'guitar II' is as fine as any.