philadelphia 'doom folk' band divine intervention now is the brainchild of songwriter and instrumentalist phillip mahoney. the latest effort, 'mirth control', sounds like little else i've ever heard. low pitched dead pan vocals with prophetic and ominous messages, resting on creepy, exotic instrumentation. the production floats around the idea of folk but the dark atmospherics, distorted incantations and near-eastern vibes keep things very interesting. the fact that it's tagged 'apocalyptic' on bandcamp is very appropriate. parts of these tunes sound like a bad trip as the sun sets on a scorched earth. 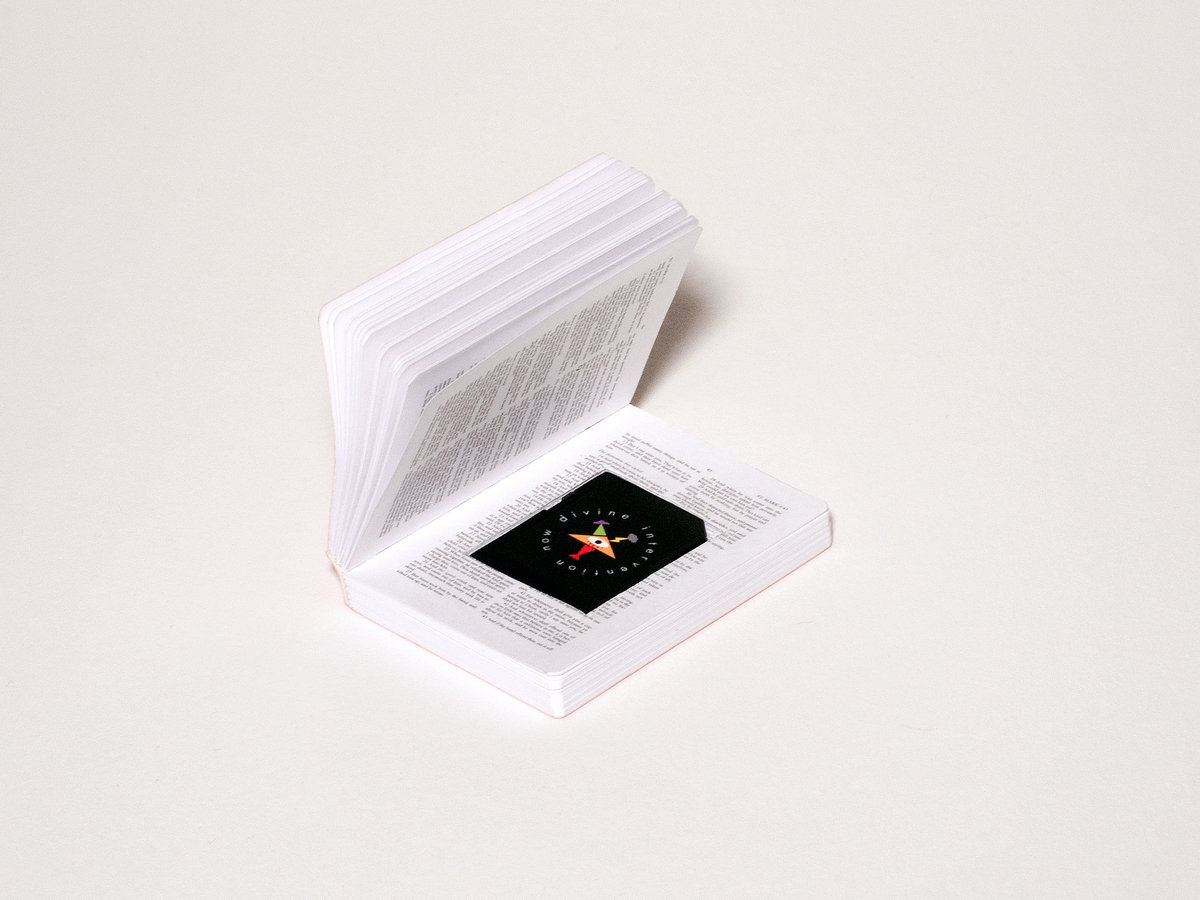 it's got some weird merch too. looks like you get a flash card embedded in a tiny pocket sized bible. i think they want you to put the flash card on your tongue like a communion wafer. their previous album was on a 'USBug'...