todd tobias is well known in the world of indie rock, having produced albums by guided by voices (RIP? I had tickets to a cancelled show goddammit...) and played with bob pollard in the circus devils. 'impossible cities' finds him displaying his full strengths as producer, creating a story through rock'n'roll sounds. and instrumental concept album of songs that build atmospheres and drag the listener along in their swirling wake. 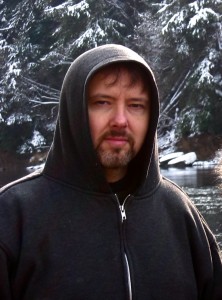 the lead single, 'kur', available as a free download for a preview, chugs along with muscular guitars and an off kilter drum-beat. electronic drones in the background and snaky, coldly effected guitar solos, along with the somewhat mechanical rhythm, give the song a futuristic feel, as if the world of 'impossible cities' that tobias is constructing through these songs is of a menacing science fiction nature.