a few months ago i wrote about a singer/songwriter from massachusetts named ben clabault, whose earnest, melodic songs, recorded with stark simplicity into a laptop, kind of blew my mind. he had a minimal internet presence compared to the average MFOA contributor, and i saw the opportunity to spread awareness of ben's songwriting by making a selection of his songs the first physical release on the modern folk music of america record label, practice records.

i'm happy to say ben liked the idea, so i can present PRCD001, 'angelita cry', a collection of 12 of ben clabault's songs available in limited, numbered edition of 20 hand printed CDs or as a name-your-price download. 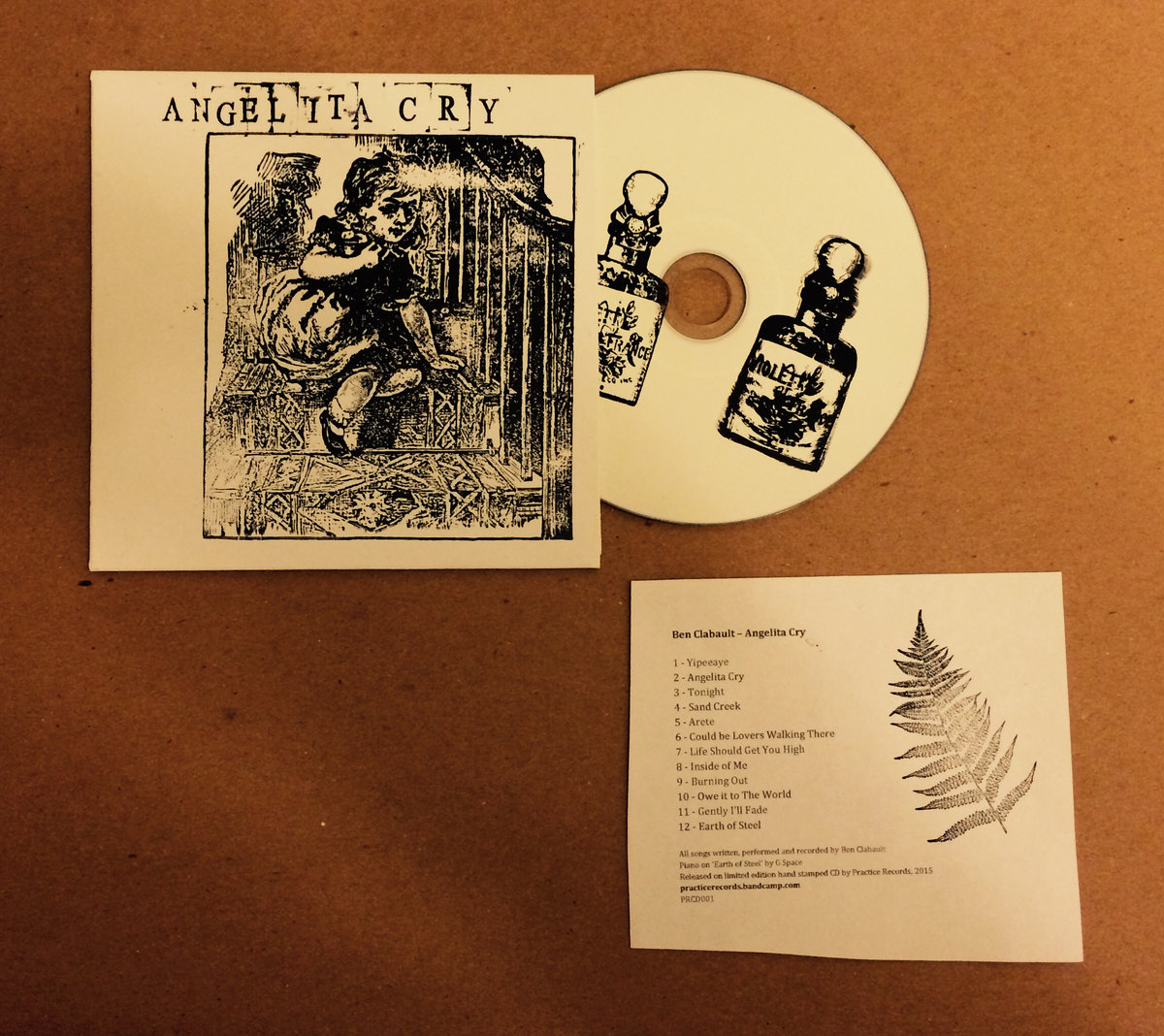 the songs on 'angelita cry' have a deep honesty about them and artists like ben clabault are the reason that i started MFOA and practice records in the first place. stream the album below and if you like it consider picking up one of the CDs.