portland bedroom indie composer and my former roommate luke mahan AKA bognor has been recording at a breakneck pace. which for him means he did like one song a few months ago and now he has another out. 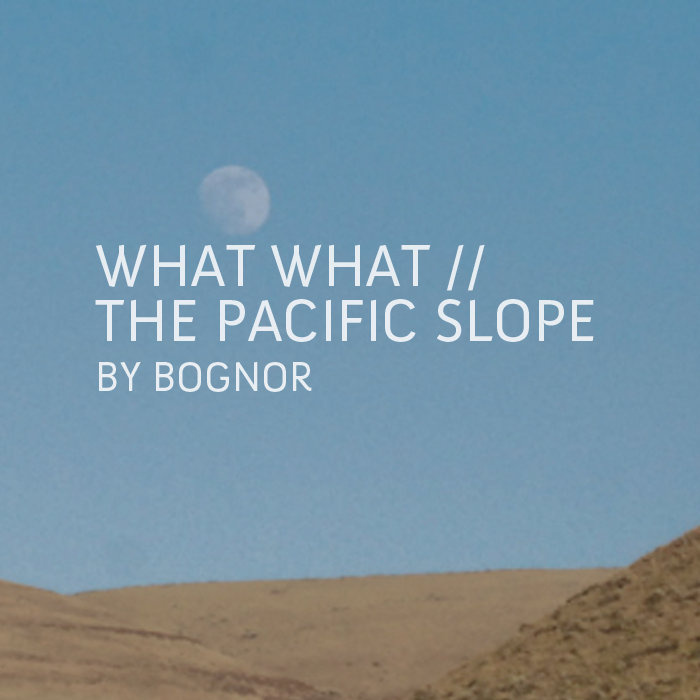 'what what/the pacific slope' might be his most epic effort yet, clocking in at 7 minutes and adding some real retro 70's prog and AM gold touches to his normal 21st century keyboard heavy indie rock sounds and vaguely sci-fi themed lyrics. i'm feeling the guitar solo.