i was excited to get an email about 'phoenicia', because the red rogue is a recording moniker for timothy cushing, who sent me a great album last year called 'hunting songs', which was a crazy psych-world-folk journey. 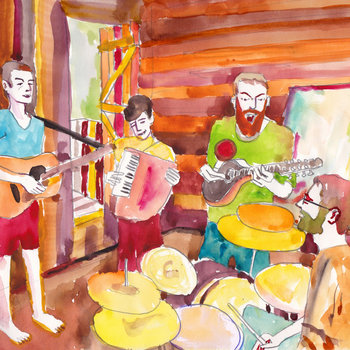 when i hit play on 'phoenicia', i was immediately drawn in by the warm feel of the recording, which could be felt even over my laptop speakers, likely due to the classic technique of recording it in a cabin. i'd venture to say this album is a little more accessible, more in an indie/folk/pop vein, than 'hunting songs'. despite that fact, each tune on 'phoenicia' maintains an experimental edge.