joey pizza slice (AKA son of salami AKA citizen slice, and so on) is a lofi recording artist solidly on top of that game. this tune, 'you're right on time', demonstrates his touch with pop/rock songwriting and a tascam 4-track and is available on the excellent album 'OSR#33' from OSR tapes, which you can figure out how to order through analog methods here.

the recording style and artistic ambition of JPS runs a lot deeper than that. his latest recordings are done on modified portable tape recorders, old dictaphones basically, from which he has removed the erase head to allow for a type of primitive multitracking, that due to the fact that the existing signals can not be heard when recording new audio, requires adding a rhythmic discipline to the act of recording itself. 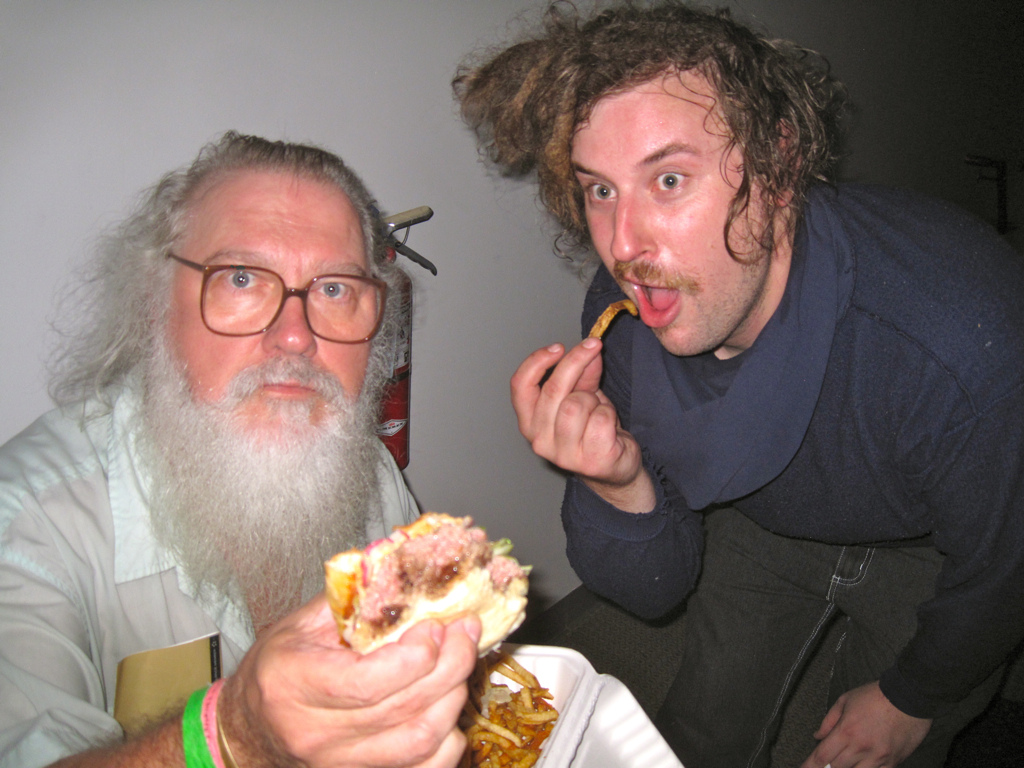 when i watched the following video detailing the method, my mind was blown when i thought about the ways in which this technique eliminates the boundary between what we think of as different actions...playing and recording music. JPS turns those into a singular process, and the results are weird, intimate, fragile, catchy and rare.

you can listen to a bunch of these erase head removed songs on joey's soundcloud. you can also buy the original master cassettes, which are pricey, but no other physical copies exist. a few of my favorites below: