'basement hysteria', the new EP from uncomprimising brooklyn band/collective/recording project pc worship is an album of subterranean melodies rising from a substrate of inspired and unhinged improvisation and musique concrete trips. if you thought the rough edges were going to continue to smooth out on pc worship after their relatively accessible noise/grunge monster 'social rust', you are wrong, but they have made another stride in perfecting their balance between nihilistic dark free jazz and doomed rock'n'roll beauty. 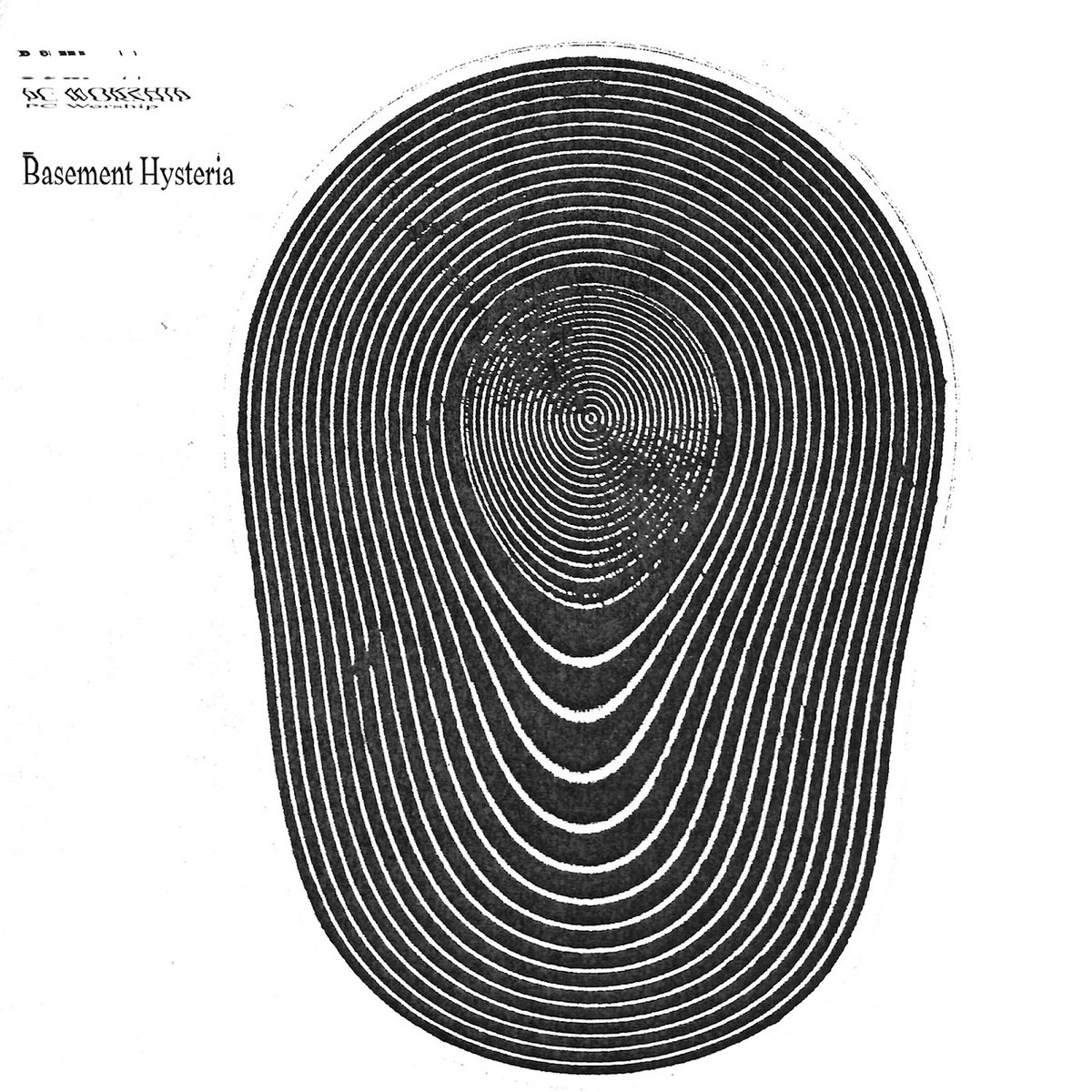 the opening track, 'done', starts with desolate piano, tense feedback, skronking horns and urban noise. stumbling drums introduce the pounding, creeped-out rock song that was apparently inherent in the momentum of the introductory jam. but that squealing feedback never goes away. the track you can preview for now, 'my lens', begins with an extended pounding rock dirge that gives way to a fucked up, de-tuned country blues stomp from another, weirder dimension. an electric guitar hangs out feeding back in the background though because that's all coming back. like everything by pc worship, i recommend this highly.