acoustic storm, the latest record from east coast instrumental psych-folk duo elkhorn, was recorded at home, late at night during a blizzard, making the best of a bad situation. a big show in brooklyn had been snowed out so they took that energy and frustration and put it on tape. this could be seen as foreshadowing for the circumstances musicians and other artists find themselves in now...mother nature, in the form of a pandemic and the limits of human societal cohesion and intelligence (we are, after all, natural beings)  has put an end to the idea of safe, responsible performance, and we are left with only remote means of expression. it's heartening, to me at least, that this particular reaction to a cancelled performance resulted in my favorite elkhorn record to date, one that explores new territory for these veteran players. 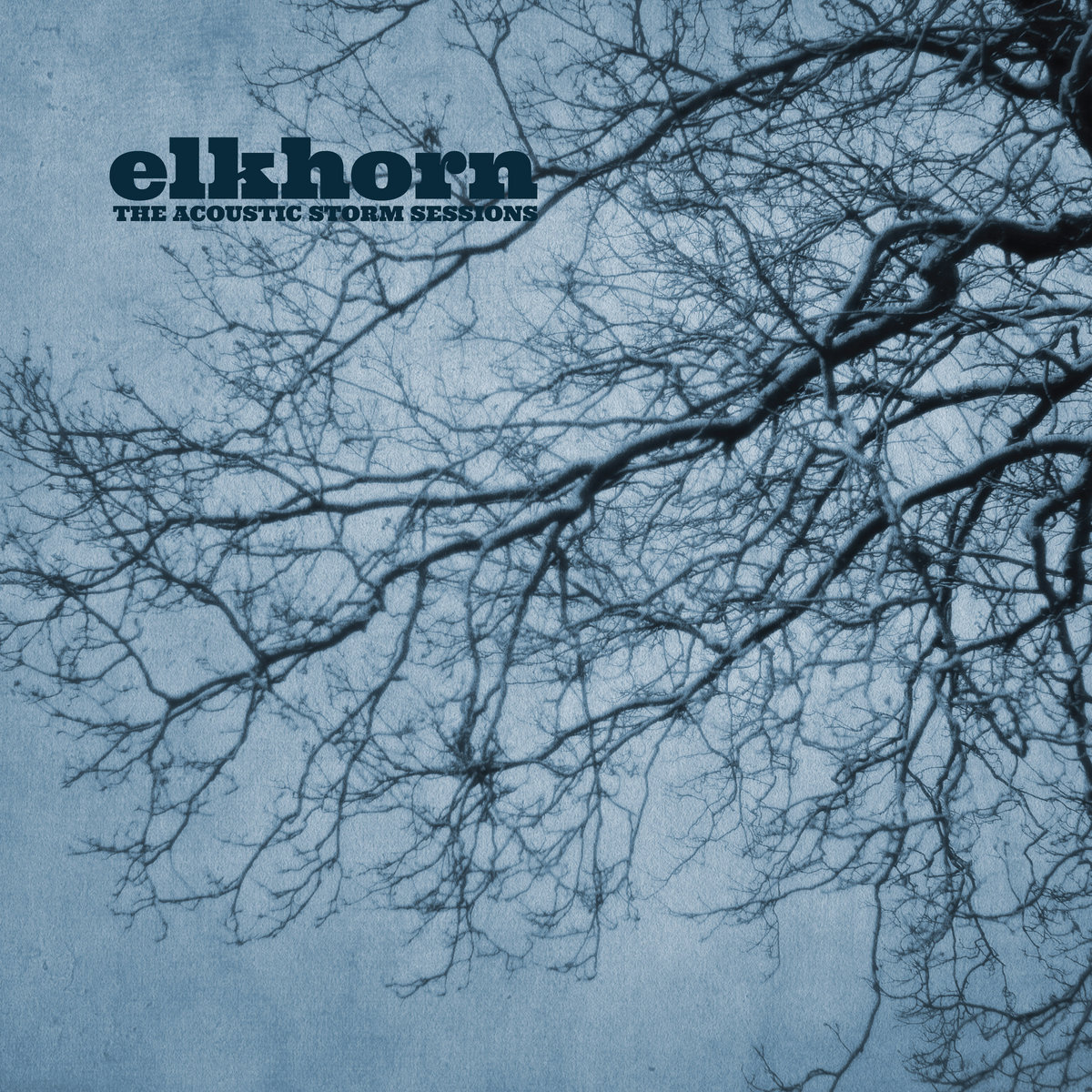 joined by turner williams of ramble tamble on an additional guitar, the band eschews their familiar electric jazz/acoustic american primitive dichotomy and goes all unplugged for these two amorphous, improvised sides. the music flows between various folk and jazz inflected grooves, at times getting distant in tunnels of near-disintegration, only to come back to something recognizable as being adjacent to the folk-blues. this is unencumbered, instinctive jamming, and the organic feel is reinforced by the gritty sounds of fingers sliding and tapping, an occasional bump here and there. the style of recording reminds me of the intimacy and immediacy of something like the pizza tapes, but mood-wise, this music can no more be pinned down than the snow storm it is named after.

the LP is available for pre-order from cardinal fuzz in the UK and centripetal force in the US.
Labels: guitar, improvisation, live recording, psychedelic
Newer Post Older Post Home
View mobile version