it's been a week that felt like a year, but one bright spot (aside from the obvious) was the november installment of the monthly ritual known as 'bandcamp friday', when bandcamp graciously waves their share of artist revenue in an effort to give folks who depend on it more income during the pandemic, or if they don't, a better ability to fundraise for charitable causes through their work. 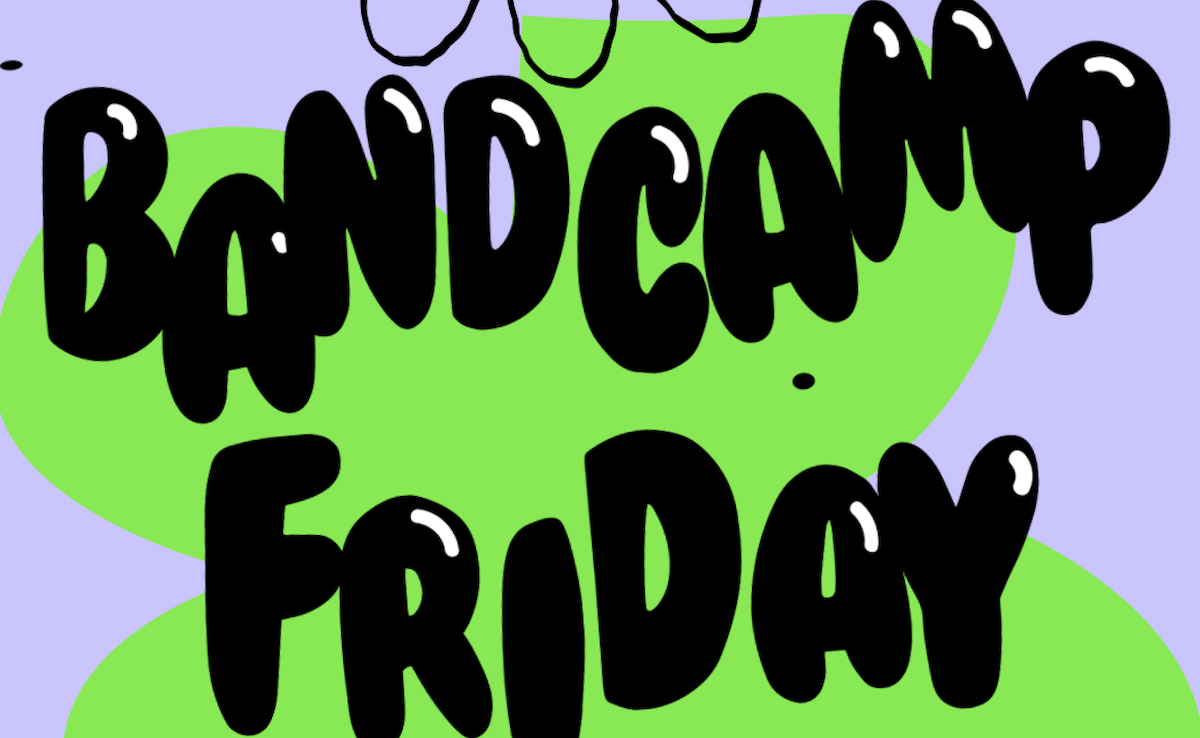 it's been a popular move, and on the first friday of each month fans of underground music can expect new releases, archived material and full discography discounts from the vast universe of musicians that use bandcamp. i bought quite a few friday releases this time around, so i figured i would make a post highlighting a few of them.

jerry david decicca - the unlikely optimist and his domestic adventures

this album is a lush, modern texas country gem with the kind of songwriting that expresses the universal through observations of the mundane, much in the tradition of great songwriters we have lost this year, like john prine and jerry jeff walker. the production is beautiful, with some duet vocal performances, the playful presence of a saxophone throughout and the peerless organ and accordian playing of texas legend and sir douglas quintet alum augie meyers.

mdou moctar - mdou moctar mixtape vol. 7
i'm assuming that taureg guitar hero and movie star mdou moctar needs no introduction to anyone who might be reading this post. he and his band have been taking advantage of bandcamp friday to shore up income lost from their once-demanding touring schedule by releasing a series of mixtapes that let you behind the curtain of their process as a musical unit. while moctar's proper albums are masterpieces, he is very comfortable in the mixtape zone, having risen to popularity with extremely lofi recordings shared via cell phone by fans in his home country of niger. i'd get as many of these mixtapes as you can!
(this was only available temporarily! here is a link to his last proper album)
j.m. hart - delia sue
j.m. hart is the host of brokedown podcast, on which he talks to musicians about their music and the music of the grateful dead. 'delia sue' is only his second foray into recording his own music, though he sounds like an old hand at it. it's a sweet and forlorn country jam about a missed romantic connection, elevated by a maudlin pedal steel guitar. one of the reasons i love bandcamp is that it really helps anyone share their music, from lifers like JDD and Mdou Moctar mentioned above, to those who might even be nervous to share their art for the first time...bandcamp makes a place for everyone, building a type of community in an era when community is hard to find.
devon flaherty - the light's on
devon flaherty is known in some circles as a prolific collector and trader of 78 rpm records, but his EP 'the light's on' shows that he is as good at making old time music as he is at collecting it. the album features claw hammer banjo reels and irish ballads accompanied by banjo or ukelele. a stand out to me was 'the kerry recruit', an unaccompanied track highlighting devon's strong balladeer's voice which sounds like something out of the past, reminding me of the singing of ewan maccoll.
ragenap and the baked growhouse orchestra - the national anthem
finally in this roundup is chicago's ragenap, specialist in the area of super longform guitar drone interpretations. i thought the national anthem was a fitting choice for right now, especially since i cannot recognize the melody while listening to this maximally spaced out jam. this is ragenap's first exploration to include percussion, and that coupled with some electronics and horns from a collaborator makes this his deepest zone yet. i love the kang and kodos cover art too.
bandcamp friday has been a beacon of light in dark times for many of us in the loose community of musicians and music fans who like congregate online. i appreciate bandcamp for doing what most tech companies never think about doing...trying to help people even a little bit. keep an eye out for music deals on the first friday of every month!
my entire discography (20 albums) is on sale for $4.60 and all proceeds are going to portland area food banks so people can have a better thanksgiving!
Labels: bandcamp, country, experimental, folk, psychedelic
Newer Post Older Post Home