fievel is glauque - god's trashmen sent to right the mess

last week i received an email from zach phillips, who used to run OSR tapes, an excellent and prolific experimental record label...purchasing that whole discography right before the OSR bandcamp page closed in 2017 has been a gift that keeps on giving, so i was excited to hear word of new musical transmissions from his corner. his latest personal project is called fievel is glauque, the product of a set of songs in need of a singer, and a chance meeting with his collaborator ma clément in his current home of brussels, after having knocked himself out by walking into a street pole. 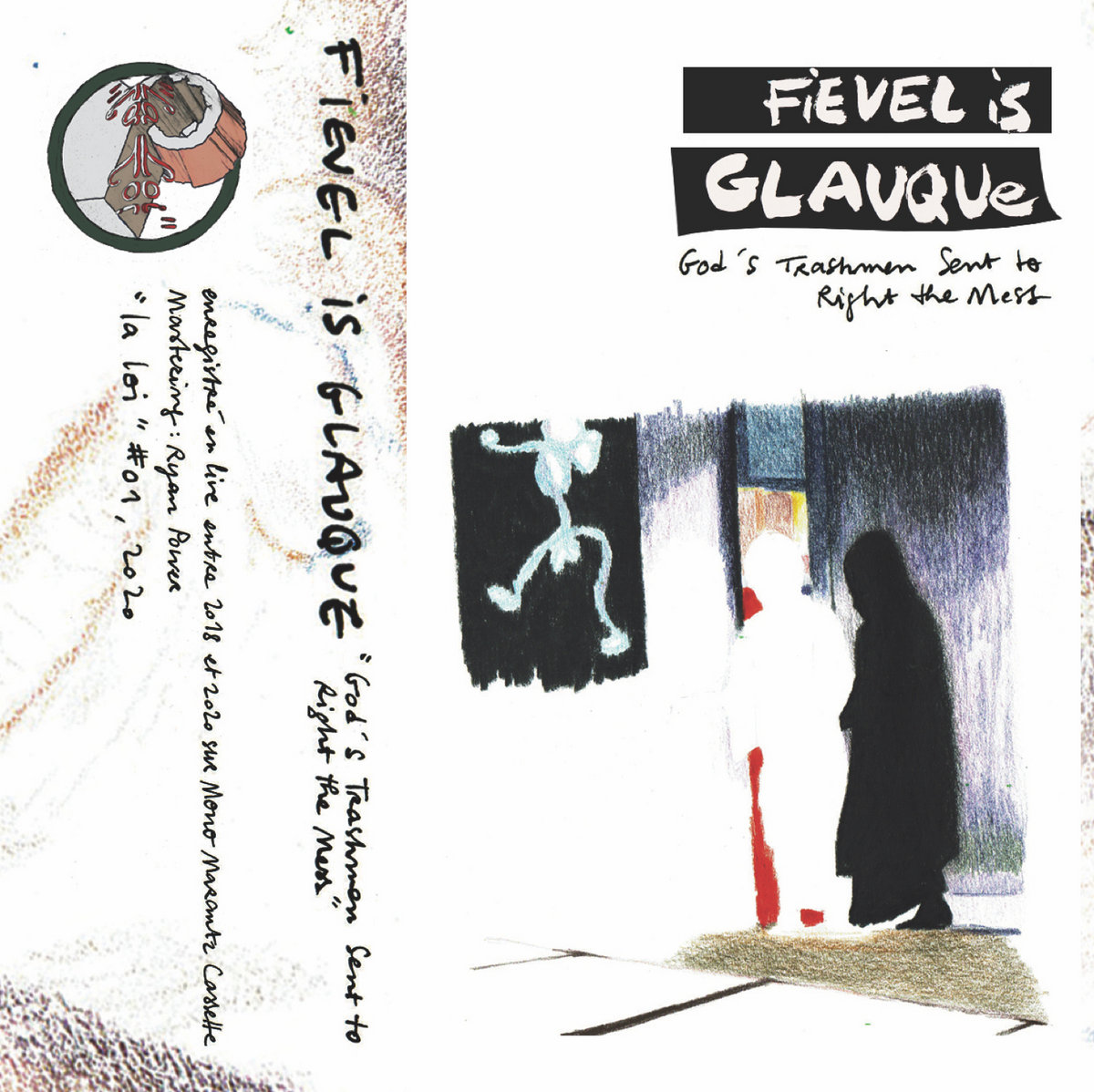 the easiest explanation for 'god's trashmen sent to right the mess', the debut tape from fievel is glauque, would be to say it was lofi jazz-pop, but that would be reducing the scope of this expansive album. the overall stylistic impression is jazz, with complex arrangements for various configurations of percussion, strings and woodwinds surrounding the lithe skeletons of the tunes, formed from zach's keyboards and marie's casually perfect vocal takes. the method of recording vibes with the style, as these songs were cut live, with a few different line-ups of players, straight to an old one channel tape deck, with one microphone for the band and one patched in for the vocals. somehow, no detail of these layered performances was lost by this technique, and it gives these tracks a grit and immediacy that makes what seems at first to be light lean towards heavy.
in some of songs the swing of the drums straightens into a back beat, and a rock song emerges. in others the rhythm section shifts gears into hip-hop fusion mode and marie delivers deadpan cascades of words in english and french. the songs are all fairly short and flow seamlessly into one another, the composition of each song and the album as a whole feels end-to-end, meticulously arranged but so lively in its execution. 'god's trashmen sent to right the mess' comes out on new years day, but you can pre-order it now from la loi, which is zach's new label.
Newer Posts Older Posts Home
View mobile version
Subscribe to: Posts (Atom)