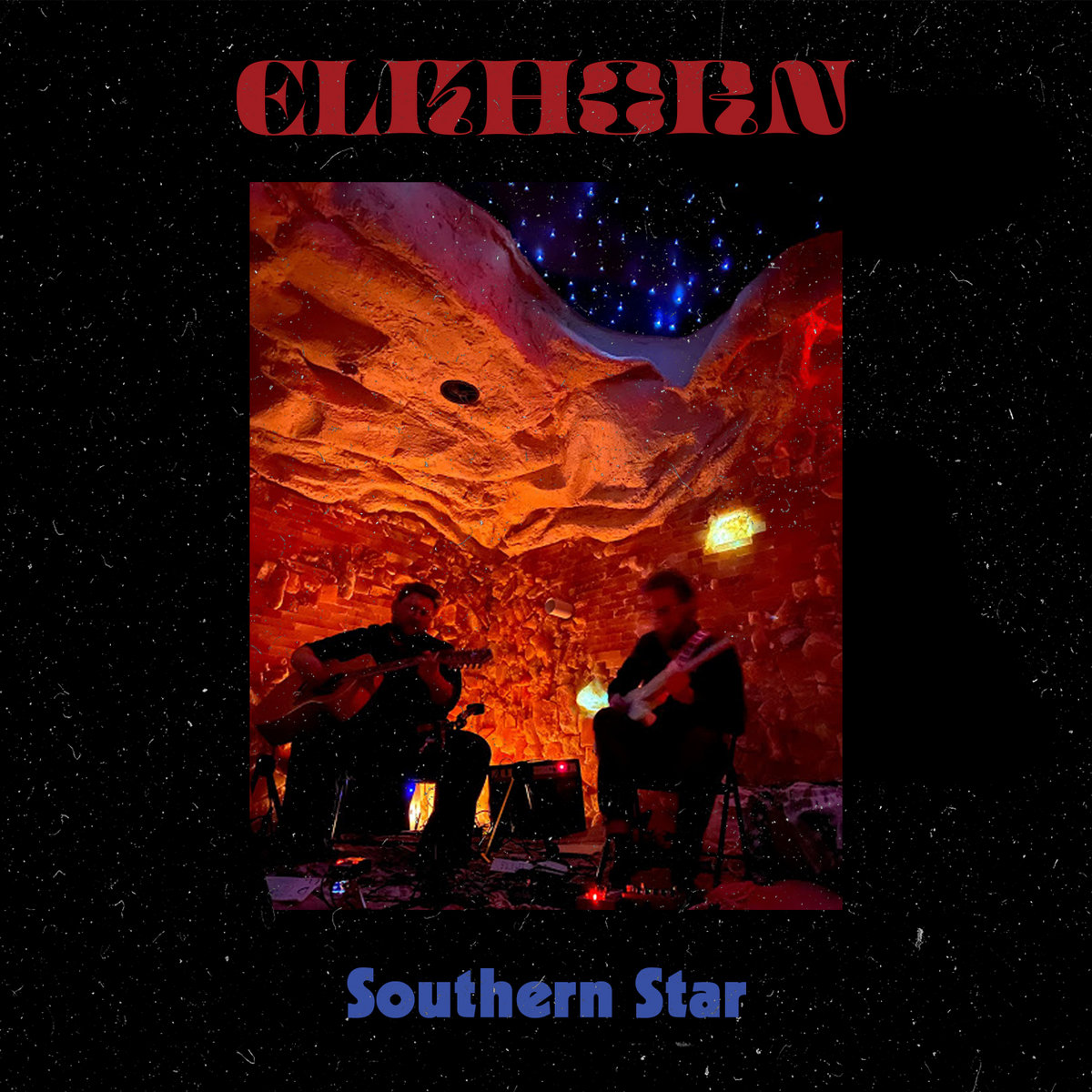 with previous live releases, elkhorn has shown their strength as improvisors and their ability to incorporate other musicians into the framework of mutating side-long jams. 'southern star' takes this a step farther by highlighting performances with a diverse range of collaborators, from electric droners to old-time pickers, and a cameo by philly underground legend harmonica dan. my two favorite results from these live experiments are the meditative soundscape they produced with guitarist jordan perry and the uncharacteristically folksy stomp they recorded at rhizome in washington DC with old-time group eight point star. on the former, dueling, mellow-toned melodic runs from perry and elkhorn's electric guitarist drew gardner cascade over the acoustic bedrock provided by jesse shephard's droney fingerstyle. on the latter they summon up a lively hoe-down with electric riffs and fiddle runs bouncing on a chugging rhythm churned up by the guitar and drums. i love this one most because it seems like uncharted territory for the band that they were more than willing to dance into. the interplay between an established, intuitive duo like elkhorn and this stacked group of extra players makes this a classic live album, one that captured some magic as it occurred. hopefully soon it will be safe to gather together and witness this kind of thing go down in person.
'southern star' drops 3/5. check out a preview track here, buy it digital/order a cassette starting 3/5.
Newer Post Older Post Home
View mobile version